5 Things You Need to Check Out During Pride

It’s that time of year again folks to find your most colourful attire and join us for this year’s very special 28th iteration of the annual Calgary Pride Parade here in our beautiful city. Calgary Pride Day is fast approaching (Sunday September 2nd, 11:00AM) and if you’ve never been before, I definitely recommend it. There are lots of fun for all ages from live music on the main stage, activities for youth and children in the family zone, a cold beer or refreshing cocktail in the Village Brewery Beer Gardens, or get better acquainted with the local community as your browse the marketplace.

Pride day is about supporting and raising awareness about LGTBQ rights and to get the community involved in lots of fun, laughter and to celebrate our vast Calgary Diversity!  Some of these fabulous events leading up to the parade are worth checking out and here are some of my recommendations of the top 5 events you should not miss.

If you’ve every watched Rupaul’s Drag Race, “Sashay, Away” is not necessarily the words you wanna be hearing as a contestant but Sashay, Fillet is!

This is sure to be one of the best events for this year’s pride festival!
Culinary meets drag – we can’t wait! This is the only celebratory food event during Calgary Pride and it’s ALL AGES?! YASSS!

Five local chefs from award-winning local restaurants like Pigeonhole, Foreign Concept and Oxbow will be paired up with local drag talents including Perla Coddington, Grease Jones and Duke Carson and put through a series of fun and interactive challenges onstage throughout the evening.

The event will provide partial proceeds of ticket sales to Calgary Pride and will also feature a silent auction with unique prizes, all proceeds of which will also go towards the cause.

Join the conversation online using the hashtags #SashayFillet and #eatnorth! 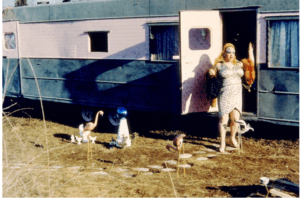 “Come as your filthiest self for Pride Week’s Pink Flamingo Party! Prizes for the filthiest, of course. Come as you are. ”

Who is going to say to NO to this kind of headline?  What Pride event would be complete without a runway walk? Did we mention the night will include a runway contest where you will be “judged” by your every filthy walk – all for street credit, pride, prizes, and glory!

Hosted and tickets available through Pin-Bar. 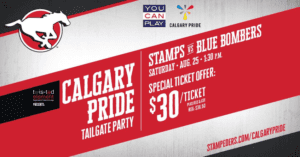 Don’t get it Twisted, football, tailgate, and party sounds like the ultimate bash we want to find ourselves in during Pride. One of the most prominent establishments in the LGBQT+ community, Twisted Element is at it again and hosting a STAMPS tailgate party at McMahon Stadium to celebrate the 28th Annual Calgary Pride Festival with the Calgary Stampeders .

Be the first 100 people to arrive and receive $10 in Calgary Stampeders Bucks to be used for food or beverage! HELLO!

The tailgate precedes the Stampeders game against the Winnipeg Blue Bombers at 1:30 p.m.Purchase a ticket to the game using the promo code PRIDE, and a portion of each ticket goes to You Can Play and Calgary Pride. 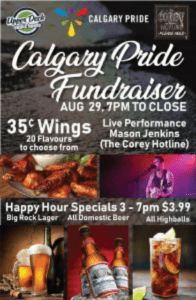 Because. Cheap wings and $4 beers. This one is for the Rock N’ Rollers out there!
The Corey Hotline band will be performing live – with their most recent release of ” Please Hold”, known as providing a soundtrack for breaking rules and breaking hearts – sounds like the best soundtrack to slam back cheap beer and wings. All for a good cause that is. Support diversity, inclusion, equality and Calgary Pride.

5. PRIDE RAFT ON THE BOW

You are invited to The Paddle Station’s 2nd Annual Calgary Pride Raft Weekend on the Bow River ! The weekend event will run starting this Friday, August 24 until August 26, 2018. Enjoy a spectacular day (or two, or three!) of rafting and/or kayaking from Shouldice Athletic Park to St. Patrick’s Island Park across from East Village downtown. 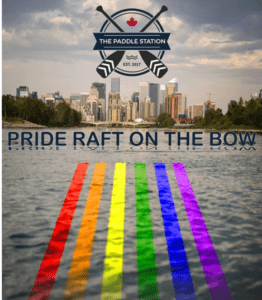 This is the perfect occasion to send off the summer with your brights , flags, and major accessories. We recommend an inflatable pineapple or unicorn and whatever else you can get away with!

Side note: you’ll be supporting two causes with your float. A portion of this year’s 2018 Paddle Station Pride Raft on the Bow rafting tickets proceeds will be donated to charity.

Book now before it’s too late – rafts are running out! #YourRiverIsWaiting