From Logan Paul to Spotify's IPO, here's what you need to know. 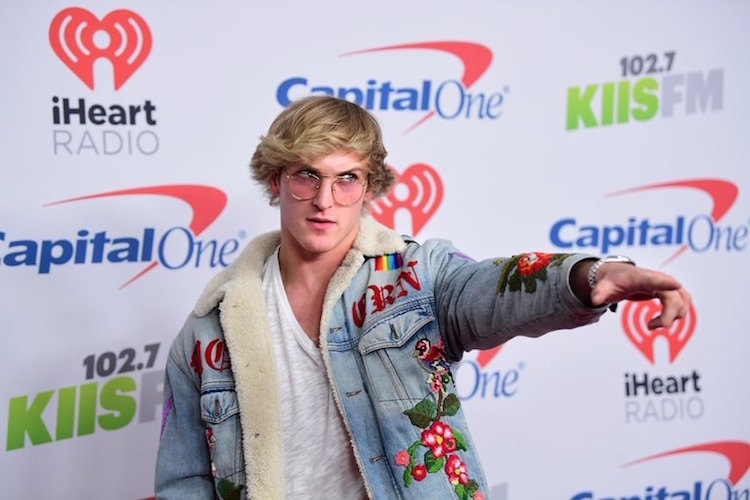 Well known American vlogger, Logan Paul got slammed on Tuesday after posting a video on December 31 of him in the Aokigahara Forest, Japan’s notorious “suicide forest,” located on the northwestern side of Mt. Fuji. In the now-deleted video, Logan yells “Yo, are you alive?” and then, “Are you fucking with us?” He filmed his reaction to the discovery, laughing and joking throughout the whole thing. He used a photo of the dead body as the thumbnail for the video.

Even with YouTube’s strict policies on violent or gory content, the video went viral, reaching No. 10 on its trending list. He deleted the video on Monday night and since then has released two apologies for his poor judgment and behaviour. This video sparked discussion on YouTube’s lack of policies for prank videos that Logan Paul and many others are famous for. The trending video was taken down by Logan and not YouTube, creating even more outrage from the internet. And by Wednesday afternoon, Paul’s apology video was the No. 1 video on YouTube.

The music streaming giant filed confidentially with U.S. regulators for an initial public offering and is targeting a direct listing in the first half of 2018 that would allow some longtime investors to cash out. The company was worth $19 billion last year, and if they go through with it they will be the first major company to carry out a direct listing, an unconventional way to pursue an IPO without raising new capital. Spotify is currently dealing with a lawsuit by Wixen Music Publishing Inc last week for allegedly using thousands of songs without a license and compensation to the music publisher. $1.6 billion in damages are being claimed. Despite the lawsuit, the company still intends to move forward with the IPO.

3. Fire and Fury: Inside the Trump White House

The book about life in the West Wing by Michael Wolffe has put the White House into a serious frenzy after excerpts from the book were released by the Guardian. The book is said to be based on 200 interviews, including multiple conversations with the president and senior staff – however, White House spokeswoman Sarah Sanders said Wolffe only talked to the President briefly for a few minutes. President Trump is the most furious with Steven Bannon, his one-time confidant, and his contribution to the book.

The White House sent a letter demanding Wolff and his publisher, Henry Holt and Co, “immediately cease and desist from any further publication, release or dissemination.” A similar letter was also sent to Bannon accusing the former chief strategist of violating an employee agreement and defaming the president.

The extreme cold temperatures have allowed for parts of Niagra Falls to freeze over. If you’ve been on social media, you’ll have seen the gorgeous photos of the frostbitten falls. The freezing temperatures aren’t scaring away the tourists who have been capturing the stunning scenery all week on both the Canadian and American side.

Speaking of cold weather, the American East Coast have what they’re calling a bomb cyclone. From Florida up into New England an intense winter storm named Grayson is about to hit. The term ‘bomb cyclone’ refers to a phenomenon expected to occur as this weather event unfolds. The ‘bombing’ occurs when a low pressure system’s central pressure falls 24 millibars in 24 hours or less. The extremely low temperatures are expected to stick around after the bomb cyclone passes.

5. Apple Will Replace Your Battery

After being caught red-handed for purposely slowing down older versions of iPhones with new updates, Apple has decreased the battery cost from $79 to just $29. Customers are pumped on the low price and for the opportunity to speed up their old phones. However, analysts are concerned that it will significantly hurt the 2018 iPhone sales because less people will need new phones. This announcement could hurt iPhone sales to the tune of 16 million units which could affect 2018 revenue by a negative 4%. Additionally, Apple relaxed its policies on which phones qualify for a new battery which means essentially all iPhone 6 and newer are eligible even if the battery is okay.