From #jerseysforHumboldt to Khloe Kardashian, here's what you need to know. 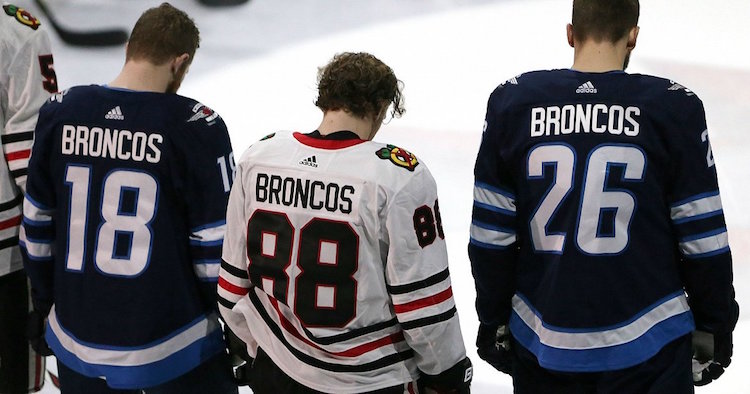 Today, people across Canada and the world (A China school sent in their photo wearing their jerseys) are wearing jerseys to honour the Saskatchewan junior hockey team involved in last Friday’s tragic bus crash. The impromptu Jersey Day event inspired by a group of British Columbia hockey moms to send a message of support for the families who lost loved ones and to show the Humboldt team it’s not alone and “there’s a whole community behind them.” Use the hashtag #JerseysforHumboldt to join the initiative on social media.

The Humboldt Go Fund Me page has reached $9 million, making it the largest campaign in Canada and is ranked among the five most successful campaigns ever on the platform. CEO of GoFundMe, Ron Solomon said, “What is most phenomenal is that people started to donate in Western Canada … then it spread to the United States, and now donations are coming from 65 countries.”

The first funeral of the tragedy is being held today, and two more are set for tomorrow. 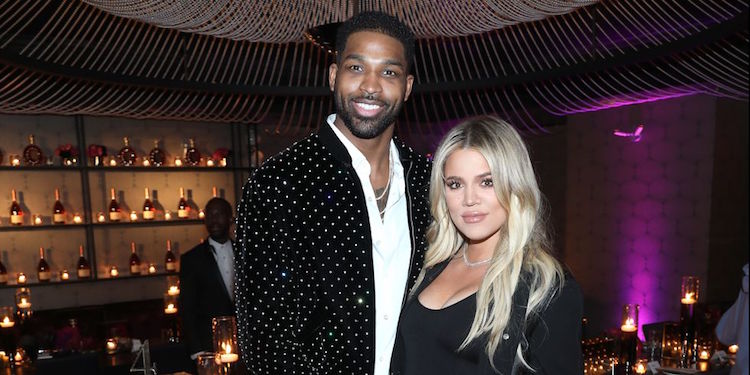 Khloe Kardashian is in Cleaveland waiting to give birth to her and Tristan Thompson’s baby girl as the internet is exploding with cheating rumours and scandal news. News broke yesterday when videos surfaced of the Cleveland Cavaliers star cheating on her this past weekend in New York. Now that these videos are out, more reports are surfacing claiming Tristan has been consistently cheating on Khloe for their entire relationship. His friends say they’re not surprised, knowing that he was cheating and other sources say the current scandal was a long time coming. The rest of the Kardashian squad are en route to Cleaveland to support Khloe through labour and this horrible cheating scandal. The allegations have sent Khloé on an “an emotional rollercoaster” at a time that should be the happiest moments in her life.

There has been no word out on social media from any of the Kardashians about what is happening. Khadijah Haqq, the twin of her longtime close friend Malika Haqq, wrote a pretty clear message to Kardashian’s bf on her Instagram. She quoted John Wooden, writing, “The best thing a father can do for his children is to love their mother.” Khloé Kardashian’s sister Kourtney liked the post.

The Facebook CEO has been spending the last two days with Congress, under rapid fire about his company and mainly about the company’s data practices over a span of two hearings with a total of 91 lawyers. The hearing yesterday was officially about the Cambridge Analytica situation. Zuckerberg acknowledged that even his information had been harvested in the crisis. Another major sticky point was the data that’s being collected on non-users, people that haven’t given consent to Facebook. Even though Zuckerberg continued to apologize for the troubles Facebook has been having recently, lawmakers repeatedly expressed doubt that the social giant could fix its troubles on its own and threatened to regulate the company and its tech industry peers. Lawmakers said they hoped to invite other tech executives to testify a sign that scrutiny could intensify and widen to cover companies like Google and Twitter.

Leaving the two day hearing, Mark Zuckerberg’s most used line was “I’ll have my team get back to you.” Facebook has some homework to do to present Congress with some of this promised information, which will be divulging deeper into the company’s inner workings than they have ever felt comfortable with. What is revealed will probably not be great for Facebook’s reputation and result in negative media headlines.

The coffee chain is looking to serve up a different kind of buzz by con­verting some of its cof­fee shops into can­na­bis dis­pens­aries. Today, the company announced they signed an agree­ment with mar­i­jua­na clin­ic oper­ator National Access Cannabis to de­velop and oper­ate a net­work of rec­rea­tion­al pot stores. Se­cond Cup chief exec­u­tive Gar­ry Mac­don­ald said this move will increase value for shareholders and fran­chis­ee part­ners. The NAC-branded stores will in­itial­ly be lo­cat­ed across West­ern Canada, ex­pand­ing to in­clude addi­tion­al prov­inces where legal­ly per­mis­sible. NAC will apply for licenses to dis­pense can­na­bis prod­ucts and work with Se­cond Cup and ap­plic­able fran­chis­ees to con­struct stores carry­ing can­na­bis prod­ucts. Second Cup has seen a slow down of sales over the past few years and this move will help grow the “Se­cond Cup brand and sales through con­tinued prod­uct in­nov­a­tion and ex­pand­ing our net­work across Canada.”

The Playoffs are here, just not for the Flames. Our season ended a while ago, but now we can cheer on the rest of Canada as they push for victory and bring the Cup home. The Pittsburg Pens are looking at making it three straight champion titles but in the playoffs, anything can happen. This will be Taylor Hall’s first post-season run after playing eight NHL seasons and 529 games. San Jose’s Evander Kane waited even longer: nine years and 579 career games. The biggest surprise is the Las Vegas Golden Knights who had a killer first season making them the most successful team in its expansion year in league history. The Playoffs officially started last night – who are you cheering for?