From Southwest's hero pilot to a plastic-eating enzyme, here's what you need to know. 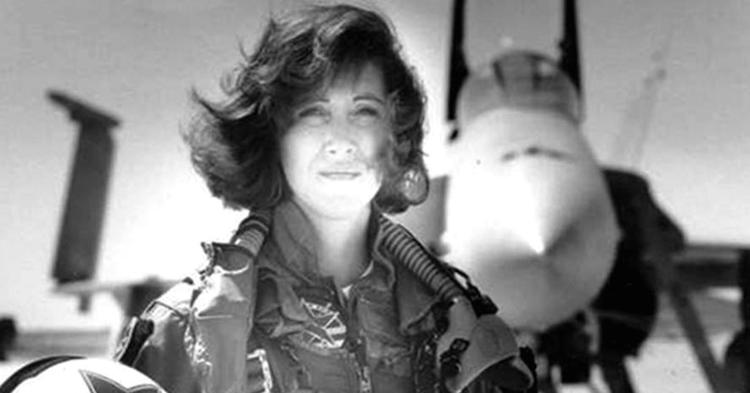 Tammie Jo Shults was piloting Dallas-bound Flight 1380 when it made an emergency landing Tuesday in Philadelphia. She is being called a hero in a harrowing emergency landing after a passenger was partially blown out of the jet’s damaged fuselage. Her career is also being applauded as she has been one of the few women at the controls. During the flight to Dallas, one of the engines on the Boeing 737 exploded while the plane was traveling about 800 km/h with 149 people on board. Shrapnel hit the plane and passengers said they had to rescue a woman who was being blown out of a damaged window. During the crisis, Tammie Joe Shults was calm and collected as she steered the plane to safety on the ground. According to co-workers and friends, that is just how she is wired. She was one of the first female fighter pilots in the U.S. Navy and reached the rank of lieutenant commander during her time.

Scientists accidentally created a mutant enzyme that breaks down plastic drinks bottles. The new research was spurred by the discovery in 2016 of the first bacterium that had naturally evolved to eat plastic, at a waste dump in Japan. Scientists have now revealed the detailed structure of the crucial enzyme produced by the bug. This breakthrough could help solve the global plastic pollution crisis by being able to fully recycle plastic bottles. The enzyme is able to start breaking down the plastic in a few days which is a far faster than the hundreds of years it takes in the ocean. The goal is to turn the plastic back into its original components and recycle it back to plastic. Prof John McGeehan, at the University of Portsmouth, UK, who led the research said, “It means we won’t need to dig up any more oil and, fundamentally, it should reduce the amount of plastic in the environment.”

Starbucks announced it will be closing all its American locations (there are more than 8,000) for an afternoon on May 29 to run a racial bias training program for its 175,000 employees. The same training will also be part of the onboarding process for new employees going forward. The training program is designed to address implicit bias, promote conscious inclusion, prevent discrimination and ensure everyone inside a Starbucks store feels safe and welcome. This comes after two black men were arrested in a Starbucks in Philadelphia when employees said they were trespassing. After a video of the arrests spread online, the hashtag #BoycottStarbucks trended on Twitter. Then next day protestors took over the store and calling for the firing of the employee who contacted police. The incident is a major blow to Starbucks’ image since the company has promoted its coffee shops as neighborhood hangouts where anyone is welcome. 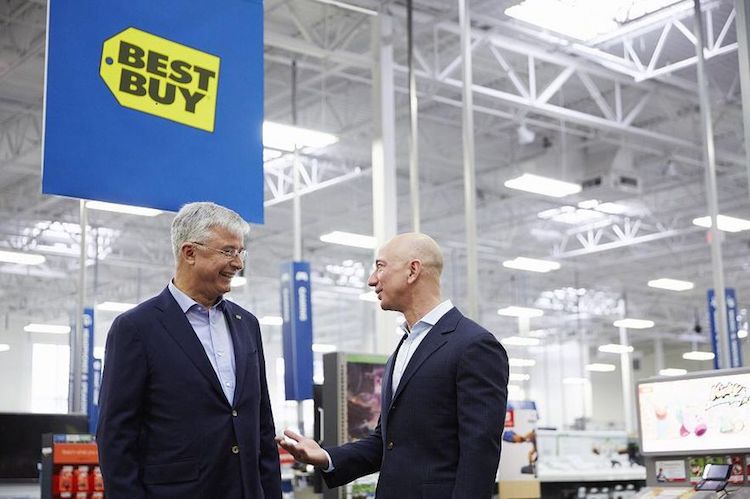 Amazon wants Best Buy on its A-Team to help sell Amazon Smart TVs. We didn’t think Amazon needed to partner up with anyone but we all know there is no I in team and working together will give Amazon’s customers a chance to see the TV IRL which will hopefully bump up sales for the retail giant. For Best Buy, it’s a win-win because not only do they get to sell Amazon’s TVs, they also get a spot on Amazon’s website and access to the online customers which is more than 100 million Prime users. Even though the brand has built an empire online, it can’t achieve the scale it wants without access to more brick and mortar. This summer, Best Buy will begin selling more than 10 4K and HD Fire TV Edition television models from Insignia, Best Buy’s in-house brand, and Toshiba. The TVs will also include a voice-activated remote with Alexa, Amazon’s voice-enabled assistant, and are set up to pair with any Echo device, allowing users to issue commands to their television via their Echo.

South Korea confirmed on Wednesday that it has been in talks with American and North Korean officials about negotiating a peace treaty to formally end the Korean War after more than 60 years. In the past, the North has said that a peace treaty and the normalization of ties with the United States would be among the security guarantees it would require in exchange for surrendering its nuclear program. The Korean War was halted in 1953 with a truce and has never been formally brought to a close. China fought on the North’s side and the United States on the South’s. Which means the new treaty or peace agreement would have to involve China – who is in dispute with the US over trade issues. Nothing has been settled and there will be lots of negotiations in the future between all four countries to hopefully come to a peaceful agreement.