From Google's I/O to Israel attacks, here's what you need to know

It’s day 3 at Google’s conference at the Shoreline Amphitheater, right in its backyard in Silicon Valley. The I/O Developer’s Fest brings together thousands of software developers to listen to Google pitch its biggest projects around artificial intelligence, virtual reality and Android. There were a few huge announcements including Google’s embedded smart operating system, Android Things 1.0. as well as the Google Duplex – a more complex Google assistant. The AI will be able to do lots of advanced things like making phone calls on your behalf. Duplex is being presented as a way to promote Time Well Spent™ and lessen language barrier issues so that we can all be free to engage with the world outside our digital screens.

What they’ve been lacking so far in the talks is updates on how they’re going to deal with privacy and data collection. Although Facebook is taking the main brunt of the blame from it’s latest scandals, Google makes a lot of money off of what they know about us. Facebook knows what we tell it, but Google knows the real us – what we search, what YouTube videos we’re watching, what routes we consistently drive. Food for thought.

The tension is reaching a boiling point between Israel and Iran. Israel announced today that it has attacked nearly all of Iran’s military bases in neighbouring Syria in response to an Iranian rocket barrage on Israeli positions in the occupied Golan Heights. The targets of the strike, Israel said included weapons storage, logistics sites and intelligence centres used by elite Iranian forces in Syria. It also said it destroyed several Syrian air-defence systems after coming under heavy fire and that none of its warplanes were hit. This is the largest attack in Syria since the 1973 war. There have been no official Iranian comments on Israel’s claims other than the attacks were “unprecedented.” In the last few weeks, Israel has shifted to a more direct and public confrontation with Iran, hence the attacks.

If you have a flight booked with WestJet soon, aka the long weekend, you may need to look at alternate travel plans. WestJet pilots are holding a strike vote which, if passed, could lead to work stoppage in as little as 10 days. The pilots are represented by the AirLine Pilots Association are negotiating their first contract, after forming a union one year ago. Negotiations for a new contract began in September and the lack of contract now is what caused this strike to happen. On Tuesday morning, more than 150 pilots lined the entrance to WestJet’s headquarters to show management they’re serious about the contract.

If you do have flights booked, it’s hard to say exactly what will happen but usually, airlines issue credits to people that are affected. That will save you the cost of the flight, but doesn’t help much if you need to get home to get back to your family or work. Since the announcement, flight ticket sales have expectedly which has also led to share price decrease. 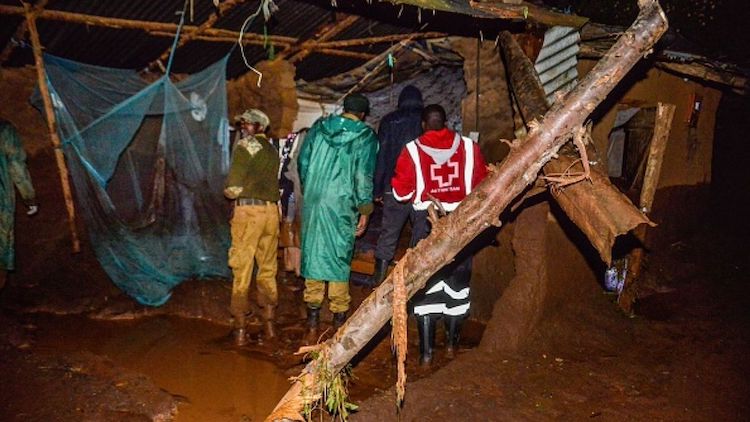 More than 32 people have died after heavy rains caused a dam to burst in Kenya on Wednesday. The dam break happened near the town of Solai, 190km (120 miles) north-west of the capital, Nairobi, sweeping away homes across a vast area of farmland. The people that have died include women and children that were trapped in the mud. The Red Cross has already rescued more than 40 people. The Patel dam, located on private farmland, and reportedly used for irrigation and fish farming, broke its walls and swept away hundreds of homes downstream as well as flooded a secondary school and swept away a primary school. More than 2000 people have been left homeless. The extent of the damage is unclear, officials have said, but they’re worried the death toll will rise as the search and rescue continues. The heavy rains come after a prolonged drought that left millions of people in need of food aid. This dam is one of three reservoirs owned by a large-scale farmer in the area and concern of the other dams bursting is now at the forefront.

Here’s a fun fact for you, before Canadians Tire’s purchase, Helly Hansen was owned by the Ontario Teachers’ Pension Plan. Teachers’ bought the chain in 2012 and worked with the company to expand its international presence. The Norway-based company makes active wear and other outdoor gear and has reported rising profit consecutively in the last three years. Canadian Tire just announced they bought the company for nearly $1 billion (!) plus debt. CEO Paul Stoneham and the management team, based in Norway are expected to still run the company. According to Canadian Tire, this acquisition is a major step forward in its brand strategy. The outdoor wear will bolster offerings across a number of categories at both its Canadian Tire and Mark’s stores.