From IGTV to marijuana's legalization, here's what you need to know.

Instagram has launched a long form video hub called IGTV. The platform revealed the new product yesterday at a press event – it will be a new app and a part of the original Instagram app. It will only play vertical full screen video and will put the pressure on YouTube as well as Snapchat who has a similar spot called Snapchat Discover. People will be able to upload and record up to an hour long video. “On IGTV, the creators are the channels,” wrote Instagram co-founder and CEO Kevin Systrom. To kick off the new product, Instagram has some of the top influencers on it with their own channels including Kim Kardashian West, Kevin Hart, Lele Pons, Manny Gutierrez, Selena Gomez and Chris Hemsworth. At the press event, Insta also announced that it’s platform has reached one billion users, nbd. 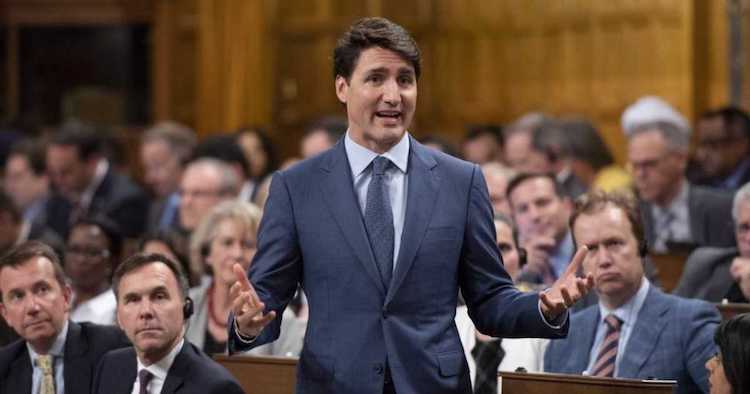 2. Marijuana Will Be Legal in October

Starting October 17, 2018 Canadians will be able to enjoy marijuana recreationally – a much later date than the initial July 1. Prime Minister Trudeau passed the bill yesterday saying that extra time has been given to provinces to get ready including their brick and mortar and online sales. The extra time will ensure that the legislation transition goes as smoothly as possible for both businesses and consumers. Even though the federal government is responsible for the bill, the practical details of implementing legalization have been left largely to the provinces and territories. Some provinces are more ready than others – for example, New Brunswick has already built its first retail storefront, while Nunavut only passed its legal framework on Tuesday. Either way, the government has given everyone 17 weeks to organize themselves for the legalization of marijuana.

3. US Pulls Out of UN Council

The US has pulled out of the UN Human Rights Council – the group that is responsible for promoting and protecting human rights around the world. There are currently 47 countries in the group. The US didn’t join until Obama got to office where they became a member in 2009, three years after the Council was formed. The US is also the first country to voluntarily drop out which could have major consequences in the future. Ambassador Nikki Haley says the council is “an organization that is not worthy of its name” and said the US is out. There have been some issues between the Council and the US, including the US accusing the Council of being biased against Israel when earlier this year it passed five resolutions against Israel – more than Iran, North Korea, and Syria combined. The Council is critical of Trump’s “zero tolerance” immigration policy (update: see below). Some people who support the decision to leave are saying changes need to be made on the Council, other critics are saying it’s a bad move for the US to leave and they should just step up their game.

After pressure from his allies, President Trump is reversing himself and has signed an executive order to halt his administration’s policy of separating children from their parents when they are detained illegally crossing the U.S. border. The photos of children in cages and audio recordings of kids crying for their parents have been enraging the world.

It’s an abrupt move from Trump who has been wrongly arguing that families need to be separated because of federal law and a court decision. This new policy, however, doesn’t end the zero-tolerance immigration policy that policy that criminally prosecutes all adults caught crossing the border illegally and was put into place last month. It also doesn’t change anything yet for the 2,300+ children taken from their families since the policy was put into place. Families can only be detained for 20 days and it’s unclear what will happen when people start reaching that deadline.

A judge has found that beer is being marked up in favour of Alberta brewers which violates the Canadian Constitution. She has ordered the Alberta government to pay nearly $2.1 million in restitution to two out-of-province breweries, Saskatchewan’s Great Western Brewing Company and Ontario’s Steam Whistle. Great Western Brewing Company is entitled to receive $1.9 million in restitution and Steam Whistle Brewing is eligible for $163,964. The judge found the per-litre markup schemes — introduced by the government in 2015 and changed in 2016 — violated section 121 of the Constitution. Alberta’s finance minister said they will find other ways to support the local brewing industry without the same challenges and difficulties that this past one had. Along with the restitution, Great Western Brewing Company and Steam Whistle will pay their original markup for the next 6 months to give the Alberta government time to change the legislation regarding the taxes.