From EU & Japan's Deal to the Helsinki Summit, here's what you need to know.

The EU and Japan just finalized a deal that creates open-trade between the two. The deal has been in the works for over a year since the US pulled out of the Trans-Pacific Partnership (a trade deal for the Pacific Rim) which Japan was a part of. The two parties officially signed the deal a couple days ago and now they wait for their parliaments to put the deal into effect which could take up to a year. Not only will this deal save EU companies over $1 billion its the largest bilateral trade deal. Ever. Together, the EU and Japan produce almost 1/3 of the world’s GDP. The deal is also slightly throwing shade at the US (Trump), who is not a huge fan of trade deals (aka pulling out of TPP and threatening NAFTA).

After the Nato Summit held amoungst the world leaders last week, President Trump and Russian President Putin met separately for their own summit in Helsinki, Finland. In a Tweet after the meeting he said, “While I had a great meeting with NATO, raising vast amounts of money, I had an even better meeting with Vladimir Putin of Russia. Sadly, it is not being reported that way – the Fake News is going Crazy!” The two leaders met behind closed doors for two hours after a press conference. A performance that had both Democrats and Republicans alike condemning Trump. The biggest issue? Trump not condemning Russia for meddling in the 2016 elections. He said that “I have president Putin, he just said it’s not Russia. I will say this. I don’t see any reason why it would be.” This statement showed Trump siding with Putin and against the US Intelligence Agencies that have been saying Russia did meddle. A few days prior to the summit, the Justice Department indicted 12 Russian government agents for hacking the Democratic Party during the 2016 election.

A day after leaving Finland, Trump reversed his comments saying that he misspoke on Monday and has “full faith and support” in US intelligence agencies. He did not address his remarks from the press conference and also would not confirm collusion with Russia. “Could be other people also. A lot of people out there. There was no collusion at all, and people have seen that, and they’ve seen that strongly.”

On Wednesday, the European Commission fined Google a record US$5 billion antitrust fine for using its Android mobile operating system to squeeze out rivals. The last records-sized fine against Google was ordered to pay $2.7 billion last year to the EU over its online shopping search service. The fine is mere pocket change for Google, coming in at a two week income for the huge company. The fine is less than a dent in its $109 billion reserve fund. However, it could add to a brewing trade war between Brussels and Washington.

Google disagrees with the fine saying, “Android has created more choice for everyone, not less. A vibrant ecosystem, rapid innovation and lower prices are classic hallmarks of robust competition.” Geoff Blaber of CCS Insight says that the EU attempted the takedown of Google is too late and will be a bigger cost to consumers than to Google if Google decided to change or adapt the Android business model

More rumours and information have been released on Samsung’s new foldable phone. An unnamed source confirmed to the Wall Street Journal rumours that we have already heard: the new phone will be released in early 2019 and be a seven-inch model. When folded to transform it into a wallet shape, it will have cameras on the back and a small display in front. Samsung’s own flexible OLED displays would allow the phone to truly fold as opposed to simply being two screens connected together with a hinge. If the launch is, in fact, early 2019 it could coincide with the Mobile World Congress. The device has been code-named “Winner” and the official name of the new phone is rumoured to be Galaxy X, because why be original these days. Samsung is in competition with Huawei to the finish line in the race to release such a foldable phone, so you know the launch date will be as soon as possible for the company. The phone could cost more than $1,500, start saving your pocket change. 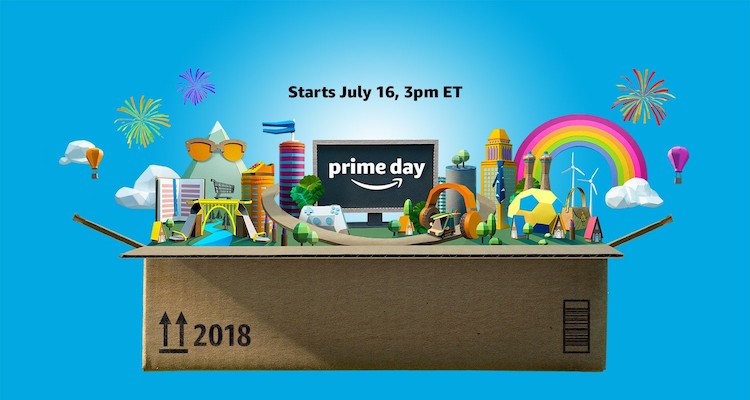 The annual Amazon Prime Day just finished up yesterday, wrapping up a ton of great deals that consumers scrambled to buy in the 36 hour event. The big day started off a little rough, however, with technical glitches on its website and app from overloaded servers. Once things cleared up, the shopping craze continued. Stock prices rose slightly as investors awaited the results of this year’s Prime Day, estimated to come in around $3.4 billion in revenue. A spokesperson from Amazon said the Prime Day sales in the first 12 hours of the event rose 89% compared to last year’s sales event. Amazon says this year’s Prime Day was the ” biggest global shopping event in Amazon history,” with consumers purchasing more than 100 million products. The Echo Dot and Fire TV Stick with Alexa Voice Remote were the two best selling items, according to Amazon.