From the BC wildfires to the 4th most liveable city, here's what you need to know.

British Columbia has stated a province-wide state of emergency with nearly 600 fires burning. The state of emergency will stay in effect for 14 days unless otherwise adjusted. There are dozens of evacuation orders and alerts are in effect in the north and central regions, affecting more than 20,000 people. “As wildfire activity is expected to increase, this is a progressive step in our wildfire response to make sure British Columbia has access to any and all resources necessary,” said Public Safety Minister Mike Farnworth in a press release.

Not to mention the flame-coloured haze and thick layer of smoke blanketing the sky. The skies darkened on Tuesday afternoon across the province, so dark that the street lights turned on and residents drove around with headlights on as smoke and ash choked out the light. People under evacuation orders are being asked to leave immediately and take the safest routes that are not blocked by fire. Over 3,300 firefights and contractors are working to keep the flames under control with additional resources being called in from other provinces. The federal government has approved the deployment of 200 Armed Forces members to help with firefighting efforts, and the province says those troops are expected in the coming days.

The wildfire service says more than 1,800 wildfires have been recorded since the season began on April 1, charring nearly 3,800-square kilometres of timber and bush. 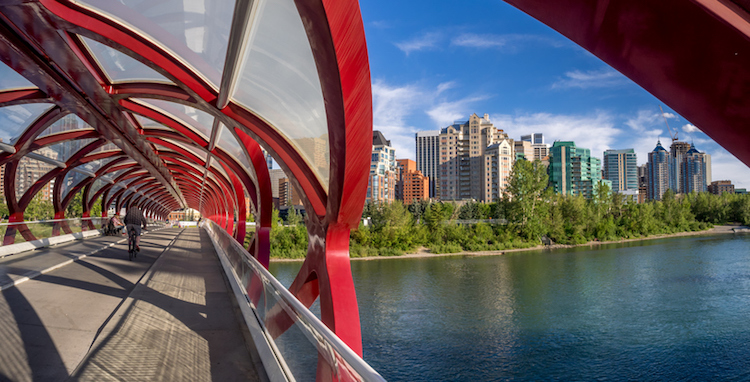 In it’s latest survey, The Economist rated Vancouver, Calgary and Toronto in the top 10 most liveable cities in the world. Calgary was ranked 4th, Vancouver 6th and Toronto 7th. Vienna, Austria’s capital city, was named the world’s most liveable city for the first time, displacing Melbourne, Australia, for the top spot.

The Global Liveability Index is published annually by the EIU and measures living conditions in 140 cities around the world based on five categories: stability, healthcare, culture and environment, education and infrastructure. Each city receives a livability score based on qualitative and quantitative factors under each of the five categories. If a city achieves a rating of 100 in a specific category it means the city is ideal; a rating of 1 is considered intolerable. Calgary earned perfect scores in most categories, except culture and environment, where it got a 90. Not that it’s a competition, but Edmonton didn’t make the list, we’re just saying.

A new report has been released by the Pennsylvania Supreme Court listing hundreds of accused clergy and detailing 70 years of misconduct and church response across the state. In the report, more than 1,000 child victims were identified in the report, but the grand jury believes there are more. State Attorney General Josh Shapiro was the head of the 18-month probe looking into six of the state’s eight dioceses – Harrisburg, Pittsburgh, Allentown, Scranton, Erie and Greensburg. Josh Shapiro says that the report details a “systematic cover-up by senior church officials in Pennsylvania and at the Vatican.”

As expected the report is stirring up the internet and people’s opinions as well as an information war. Prosecutors and many victims saying it’s the start of holding church leaders at the top accountable for the first time, while church lawyers and other advocates for the institution say the report depicts an era of another century, unfairly smearing today’s Catholicism in Pennsylvania. People are also looking to Pope Francis for a further crackdown on sex-abuse in the church.

The Ottawa government has announced they would happily take the Sir John A. Macdonald statue that was removed from City Hall building in Victoria, B.C. on Saturday. The mayor says that the removal is an act of reconciliation for the Indigenous people and Sir John A. Macdonald’s role in the founding of the residential school system. The Indigenous people obviously support the act but criticism from other people is rising. Federal Conservative Leader Andrew Scheer described turfing the statue as an attempt to “erase history” and said Macdonald’s “mistakes” could be acknowledged even with the statue remaining in place.

“History matters and we need to acknowledge the important role that Sir John A. Macdonald played in Canada and Ontario’s history,” Sylvia Jones, the province’s minister for culture, sport and tourism, said. “He did more to found our nation than any other Father of Confederation.” The debate has raised awareness on Canadian history and that it should be embraced, the good and the bad, and recognizing that we can do better. 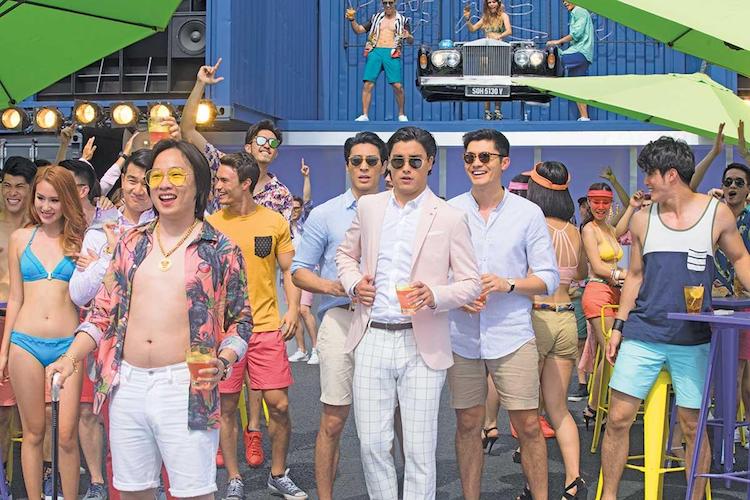 Based on the 2013 novel by Kevin Kwan, Crazy Rich Asians is out in theatres and has had a number of applause and critiques from viewers. This will be the first full-Asian cast in a Hollywood movie since The Joy Luck Club accomplished that feat in 1993; a huge achievement considering people usually stereotype Asian movies to karate of some sort and probably involve Jackie Chan. This film serves as an antidote to the racist portrayals of Asians in American pop culture and one can argue whether the film achieved that or not. Either way, they are showing Asians in a different light than the usual, American view of non-English speaking immigrants.

On the other hand, there is concern, just like when Black Panther was the first all African-American cast, that blanketing the collective can be a dangerous path to go down. And that in 2018 we should not be launching things as firsts still, but looking more closely at why it has taken so long to reach it. At the end of the day, it’s a rom-com that serves up entertainment perfect for a date night out.