From pumpkin spice lattes to Hurricane Maria's new report, here's what you need to know.

Whether you love it or hate it, the Pumpkin Spice Latte is back at Starbucks officially ending summer and the beginning of autumn. Does August seem early to you for PSL to come out? Us too. It’s the earliest release date so far that Starbucks has unleashed the infamous PSL. Here’s a little history lesson for you, the Pumpkin Spice Latte in all of its glory was launched in 2003 amid skepticism that Starbucks shouldn’t be serving a coffee drink that took away from the coffee. However, once it became the company’s best selling drink there was no turning back. Starbucks, with the help of Instagram was able to convince all of us that adding a PSL to an autumn photo made it complete and that the Fall season doesn’t truly start until you can order the drink. It’s a cultural phenomenon. The drink isn’t all that healthy but in 2015 after backlash on the ingredients, Starbucks added Real pumpkin to it to make everyone feel better. Cheers to you, PSL.

On Tuesday, Puerto Rico’s governor raised Hurrican Maria’s death toll from 64 to 2,975 after an independent study was done, making it the deadliest natural disaster in American history. After the hurricane hit last September the struggle was real when it came to response time – it took almost a year for people to get power back. Researchers are saying the original count was low partly because doctors weren’t trained on how to classify deaths after a disaster. The governor has admitted that the death toll was handled poorly and that there will be systems put into place so that it doesn’t happen again. However, the governor is saying that it could be months if not years for a full list of names of people who died from Hurricane Maria.

Now that this is all coming to light, it’s raising concern over how the disaster was handled. Weeks after Maria hit, President Trump said it didn’t compare to “a real catastrophe like Katrina.” He also said first responders couldn’t stay forever and Congress still hasn’t officially signed off on a federal aid package for the island.

B.C. Attorney General David Eby spoke of the “terrible toll” opioid addiction has taken on so many people and their families in BC. He announced a major lawsuit against 40 opioid manufacturer, distribution and wholesale companies including Purdue Pharma (the makers of OxyContin) in an effort to recoup health-care costs associated with an overdose crisis. The government is saying these companies downplayed the risks of the drugs especially when it came to how addictive they were. The legal action is the first of its kind by a government in Canada. Up until now, victims have attempted to seek restitution on their own, filing lawsuits against the company.

“No amount of money from this action can possibly make up for the loss of someone’s child, someone’s partner or someone’s friend,” Mental Health and Addictions Minister Judy Darcy said at the announcement on the steps of the Vancouver Law Courts. Purdue Pharma responded to the government’s claims, denying any wrongdoing.

Facebook Watch – the video platform side of Facebook, announced today it will be pushing for original content in an effort to compete against YouTube. It is now avialable globally, a year after Facebook Watch was launched. The upcoming show starring Elizabeth Olsen, “Sorry for Your Loss,” debuts in September and explores how a woman copes and learns to move on after the death of her husband. It was supposed to land at Showtime, but Facebook announced that it will actually being run on Watch. To further make their point, Facebook head of video Fidji Simo stated some analytics to help people see how serious they are about video. “Every month, more than 50 million people in the US come to watch videos for at least a minute in Watch — and total time spent watching videos in Watch has increased by 14x since the start of 2018.” Facebook Watch is now being rolled out worldwide, so now we can view that up here in Canada. 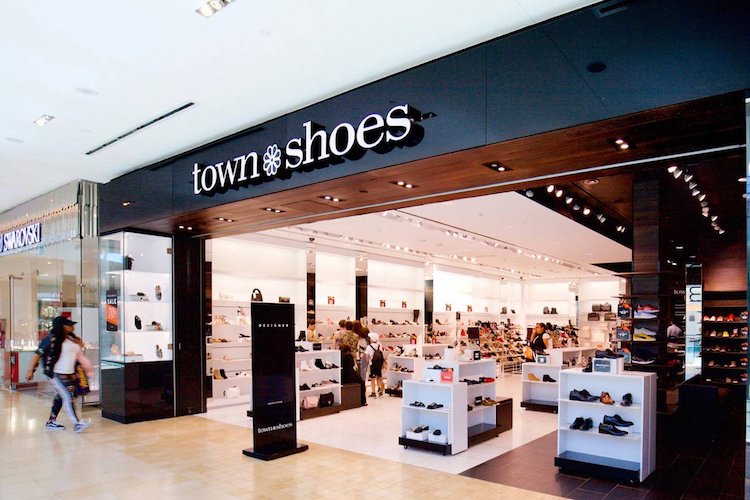 The parent company, DSW says that all 38 Town Shoes stores will be closed in Canada by 2019. They are closing due to “heightened competition” in the shoe industry including the growth of Montreal-based Browns Shoes, which has 67 locations in Canada. The Canadian division of DSW has been experiencing major losses since then and won’t be able to keep their doors open. They expect all the stores to be closed by the end of January 2019. About 400 employees are expected to be impacted by the closures, however, DSW is aiming to offer them other employment at its other retail brands such as Shoe Warehouse and Shoe Company.

“The decision to exit the Town banner was a difficult decision to make, given its heritage,” DSW Inc. spokesperson Margaret Standing told The Canadian Press in an email.”With e-commerce really driving growth, we have started to see more brick-and-mortar stores close to align with consumer demand.”