From Nike's new ad to Amazon's trillion dollar value, here's what you need to know.

Just like any good, controversial ad, the critics are yelling, the haters are hating and everyone else is still rocking their Nike’s. Nike released an ad for it’s 30th anniversary that celebrated its longtime slogan, Just Do It with a tribute to athletes like Lebron James and Serena Williams. The part of the ad that is causing all the backlash is San Fransico 49ers former quarterback Colin Kaepernick is the main face of the ad and the narrator of the story. Just as a refresher, Kaepernick was the OG protestor during NFL games when he first took a knee during the national anthem in 2016. Despite Kaepernick’s activism, the ad itself is not political and doesn’t reference taking a knee at all – it sticks to the inspiring Just Do It tagline as it encourages people to dream bigger.

However, #BoycottNike was trending on Twitter Tuesday morning with a wave of videos and photos of people burning their Nike shoes. Depending on what side of the protests people are on or how they feel about Kaepernick’s career and getting himself back in the spotlight, Nike is a business and just in the two days that the ad was released, the company got $43 million worth of media exposure. Even though the stocks dipped, overall the company won’t lose anything by tying itself to Kaepernick, his cause and choosing social activism for their 30th anniversary campaign. Watch the full ad here.

Silicon Valley took a field trip to Washington yesterday to defend social media’s role in the 2016 elections – yes, we’re back there again. Twitter CEO Jack Dorsey and Facebook COO Sheryl Sandberg appeared together before the Senate Intel Committee and Jack Dorsey took a solo sesh at the House Energy and Commerce Committee. Google was having none of it and didn’t send their CEO nor did Alphabet’s CEO show up.

With elections coming up again for the US, everyone wants to make sure that Russia won’t be able to meddle again and that these platforms are doing everything they can to not get in the way of either side. All things considered, everyone came out of the meetings pretty unscathed. The House was very concerned about Twitter’s transparency and was focused on whether Twitter’s programs, policies and employees favored liberal causes and politicians over conservative ones. Google ghosted and was talked about – “I’m deeply disappointed that Google — one of the most influential digital platforms in the world — chose not to send its own top corporate leadership to engage this committee,” Sen. Mark Warner said in his opening statement. There is still work to do on all platforms but it doesn’t seem like the government is going to do anything drastic. 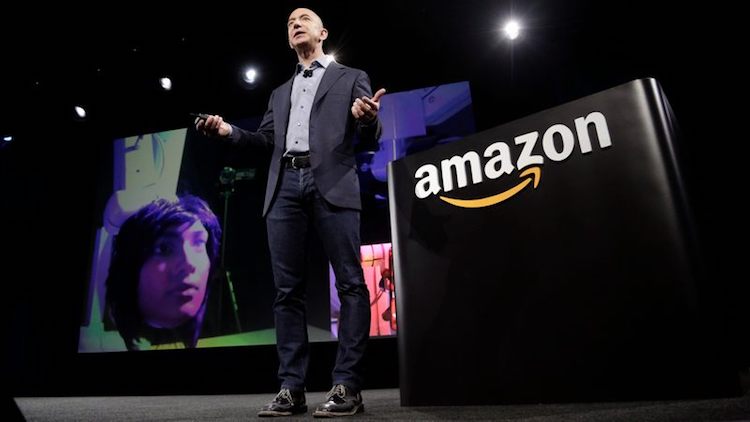 Amazon just hit $1 Trillion in value, the second US company to do so following Apple who hit the mark last month. The company’s shares rose as high as $2,050.50 on Tuesday morning, pushing it over $1 trillion in value, before immediately falling back and then ending the day at $2,039.51, below the $1 trillion thresholds. Let’s just put this into perspective, Amazon’s founder and chief executive, Jeff Bezos, is worth nearly as much as Bill Gates and Warren E. Buffett put together – nbd. What has set it apart from other companies like Facebook and Google, is its excitement, allure and anticipation for what’s coming next. The company has always pushed harder and faster forward than any other company, going down roads that didn’t always work out but always created hype around them. Remember when they were looking for a city to host their second HQ? It was like a game amoungst everyone to see who would score the winning medal. There is no doubt that Amazon will keep getting bigger and accomplishing more. But the next question is – will Apple or Amazon be the first to hit $2 Trillion? 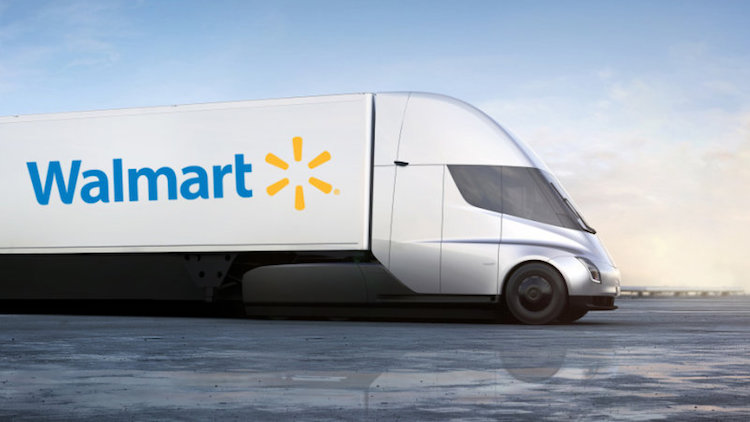 4. Walmart Moving Away From Diesel

Walmart just ordered 30 more Telsa semis in an effort to reduce their carbon footprint. They ordered 10 last November and hope to have their entire fleet powered by alternative energy by 2028. This latest order will help Walmart Canada meet its initial goal of electrifying 20 per cent of its fleet by 2022. The first 20 Tesla Semis will be used out of Mississauga, Ontario and the remaining half will operate from Walmart’s distribution centre in Surrey, B.C., set to open 2022, which will be the company’s first fully electric fleet base in the world.

It’s not just Walmart looking to be greener, other companies that pre-ordered the $232,000 electric trucks include Toronto trucking firm Fortigo Freight and Loblaw Companies Ltd. According to Telsa, the semi-trucks will offer a better experience for truck drivers, increase safety and significantly reduce the cost of cargo transport.

As the NAFTA negotiations continue, one of the current sticky points is protecting Canadian culture. Since 1988 when the first agreement was signed, Canada’s cultural industries — publishing, broadcasting and film production — have been protected. Justin Trudeau is threatening to “walk away” from a deal if Canadian cultural protections are eroded in a new NAFTA. On Wednesday, he told an Edmonton radio station that protecting Canadian “sovereignty” and Canadian “identity” is one of his “red lines.”

“We live next door to an entertainment juggernaut that could easily roll over the whole Canadian cultural sector,” Lawrence Herman, a former Canadian diplomat who practices international trade law, said.

There are three red lines that Trudeau has drawn since the beginning of the NAFTA talks in 2017; Canada’s quota system that controls dairy, poultry and egg production, a dispute settlement system to resolve complaints about unfair anti-dumping and countervailing duties, and the so-called “cultural exemption.”