From Humboldt Strong to the iPhone XS, here's what you need to know.

The Humboldt Broncos played their first game last night since the tragic bus crash in April. In a heartfelt, passionate and highly emotional night, the Broncos showed their gratitude for every single person that supported the Broncos in time of need by broadcasting their first game on TSN. They bared their soul when they could have easily grieved in peace and silence. Scott Thomas, the father of Evan Thomas, one of the kids who was killed in the crash, stepped up to share Humboldt’s appreciation for the love.

“If you left a stick out, wrote a song, made a card, or signed a banner at school; if you created clothing; if you sat and prayed, or if you simply sat with us and cried, we say thank you,” Thomas said. “If you gave to the GoFundMe, or a scholarship fund, or if you sewed a quilt, sent a picture or a message, cooked a meal, signed a donor card, or were one of the brave souls helping our boys and Dayna at the accident site, we say thank you.”

29 banners were unveiled in a postgame ceremony to honour the players whose lives were taken with a closing rendition of Amazing Grace that didn’t leave a dry eye in the arena. 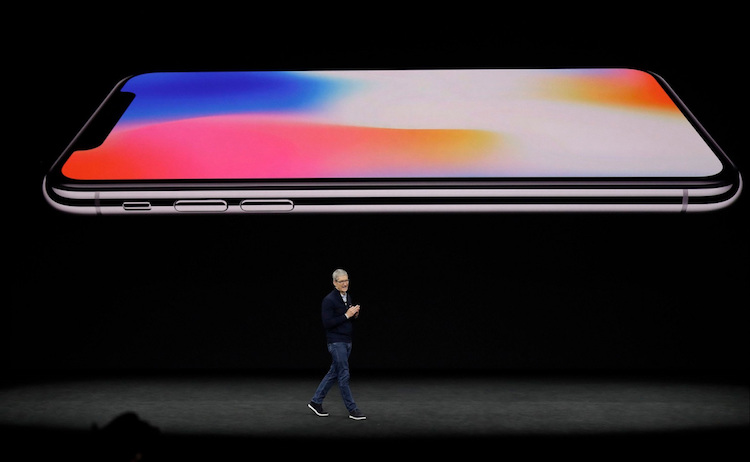 Cheers to Pumpkin Spice Lattes and the return of Upgrade-Your-iPhone season. Yesterday, Apple had their annual live event to announce all the latest and greatest Apple products that probably will require a new cord to charge. The most relevant (and least expected?) update is the iPhone X upgrade. The next line up includes the iPhone XS (pronounced ten-ess) and iPhone XS Max. Max is like the big brother to the Plus, who got left out in this year’s run. Apple also added a third phone to the lineup, the iPhone XR; a throw back to the 5C. It’s a cheaper version of the XS because it has an LED screen compared to the OLED screen that makes the Xs so expensive. It also comes in all the colours of the rainbow and is priced at $749.

The Apple Watch Series 4 was also a big one. There are two sizes now, the 40mm and 44mm each come with a new chip, the S4 which offers “up to two times better performance.” The accelerometer has been improved to detect falls and can auto-dial emergency services when necessary. Otherwise, it comes with all the same functions, like sending you notifications non-stop all day every day. The new Apple Watch starts at $399 and comes in Silver, Black, and Gold.

The EU is taking a vote on how they feel about Hungary’s attitude lately. They want to “pursue unprecedented disciplinary action against Hungary over alleged breaches of the EU’s core values.” The PM, Viktor Orban, and his government have been accused of attacks on the media, minorities, and the rule of law – all of which Orban has denied. More than two-thirds of the EU votes came in for the motion which is enough to pass the vote according to EU rules. If the national leaders also approve, Hungary could face punitive measures. The highest punishment being the removal of voting rights, however, that is unlikely because Poland would most likely veto any such move.

Since Orban’s government has been in power, they have taken a hardline stance against immigration. It introduced a law which made it a criminal offense for lawyers and activists to help asylum seekers, under the banner of “facilitating illegal immigration”. Orban reacted to parliament on Tuesday in defense of his government, saying the threat of censure as a form of “blackmail” and an insult to Hungary.

The FDA has announced that there is a problem with the number of teens smoking e-cigarettes. The FDA has been trying to discourage people from smoking cigarettes but teens have now found a new, sleeker version. Sales for e-cigs have jumped in the past year, with more than two million teens reportedly using them last year. E-cigs have reached “an epidemic proportion,” according to the FDA. The officials are worried about the potential health impacts on developing teen brains considering an e-cig could have as much nicotine as a pack of cigarettes. The FDA has fined more than 100 stores for illegally selling e-cigs to minors. And sent warning letters to more than 1,100 others. They have also given e-cig companies (like Juul) 60 days to figure out how to stop teens from buying their products otherwise they could pull the companies’ flavoured products. The FDA is calling this its largest coordinated crackdown ever.

5. Methane Emissions in the US

The Trump administration is dismantling the Obama-era methane gas emission rules that were placed on oil and gas companies in efforts to slow the effects on climate change. The government announced on Tuesday that they are cutting how ofter companies are required to monitor their wells for leaks and make it easier for them to choose what equipment they use. The EPA said the new rules would “significantly decrease unnecessary burdens on domestic energy producers” and support increased US oil and gas production. The proposed change in policy will also lead to an increase in greenhouse gas emissions which would be the equivalent over the next seven years of putting an extra 260,000 cars on the road. As expected, there has been a ton of backlash from everyone except the oil and gas people and we have to wait and see if the new policies will be able to pass through court.