From the United Nations General Assembly to Superbowl LIII halftime show, here's what you need to know.

This is the 73rd UNGA, where world leaders get together in New York City to discuss and vote on major global issues. It’s the perfect time to reset, refresh and write down new goals, right? The UNGA opened yesterday and will last for three months. On September 25, the General Debate will begin, in which each member state of the United Nations is invited to speak for 15 minutes. It is an opportunity for nations to address the international community and is often used as a way to air grievances.

María Fernanda Espinosa, the president of the 73rd Assembly, opened her speech on Tuesday with the intentions of her year in office. She said that the need for stronger global leadership in the service of multilateralism, to ensure more peaceful, equitable and sustainable societies, would be the focus of her work. She outlined her seven priorities for the year that will shape the year-long session: promoting gender equality; promoting and implementing the new global compacts on migration and refugees; advocating for decent work; protecting the environment; focusing on rights of persons with disabilities; supporting the UN reform process; and facilitating dialogue. Justin Trudeau is amoung the members as well as President Trump. Those who took a hard pass are Vladimir Putin and China’s Xi Jinping.

If this handshake isn’t an example that people deserve second chances, we don’t know what is. North Korean leader Kim Jong Un and South Korean President Moon Jae-in have come to an agreement that North Korea will start taking steps to denuclearize. Although there are no clear details on how it will happen, Kim Jong Un did say he will permanently shut down the Tongchang-ri missile launch and engine testing facilities with independent inspectors present. He also said he is prepared to permanently shut down his nuclear production facility at Yongbyon, but only is the US takes “reciprocal steps” reflecting on the agreement he signed with the US on June 12. The reciprocal steps were not outlined. President Trump took to Twitter to express his opinion on the deal. He said that Kim had allowed nuclear inspections “subject to final negotiations” (something that was not mentioned by the Koreas on Wednesday) and highlighted that the two Koreas will also submit a bid to host the 2032 Summer Olympics. He didn’t mention the required reciprocal steps.

“This summit contributed in breaking down walls between Koreas — a real process for both North and South Koreans,” John Delury, a North Korea expert at Seoul-based Yonsei University, told ABC News. “People want something new. Obviously, Kim coming to Seoul is new.”

Even though it hasn’t been officially announced by the NFL, Twitter became a frenzy when speculations about Superbowl LIII’s halftime show involved Maroon 5. A league rep said that it is part of the Superbowl tradition to get people excited about the official announcement by encouraging speculation. People were less than impressed with the chosen band. Atlanta is a music-rich city with a long list of top artists that could have been chosen instead. In a tweet, sports analyst Jake Reuse said, “Atlanta, home of Outkast, T.I., Future, Ludacris, Usher, etc., gets Maroon 5 to play the damn Super Bowl.” This was a reoccurring opinion of most people, even though people really like Maroon 5, they don’t feel like it best represents Atlanta; a city that has roots in hip hop. Ludacris, rapper and Atlanta native, posted a photo on Instagram wearing an Altana Falcons jersey with the caption, “Excuse me say what!?” 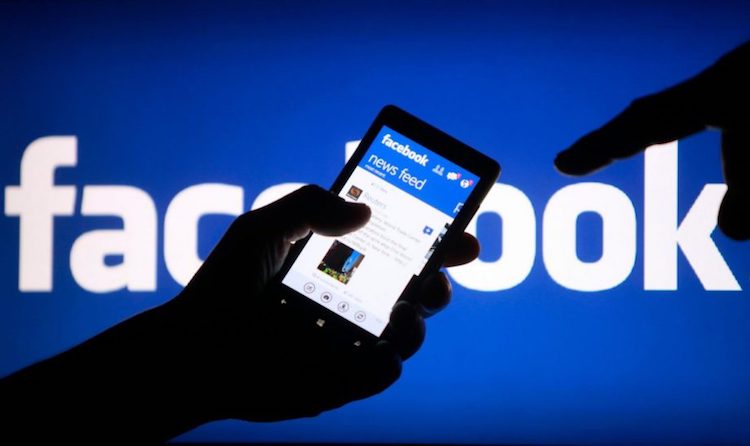 Facebook is rolling out a new tool in Canada for users to detect fake news. There will be a new button on the news feed that will let Canadians evaluate the credibility of the news and source. When pressed, the button will lead to the poster’s Wikipedia entry, related articles on the same topic and information about how many times the article has been shared on Facebook and where it is has been shared. It will also show other articles the user has posted, show which friends have also shared the post and how old the article is. After the Cambridge Analytica fiasco, Facebook is putting in extra effort to stifle the spread of fake news on its platform.

The feature became available for Americans in the Spring but has finally made its way up to Canada. You’ll start to see a little “i” which will provide you with all the info. This will hopefully help the spread, giving users the ability to watch out for fake news rather than just Facebook employees.

If 3D isn’t enough for you, get ready for a whole new experience when watching a movie. Yesterday, Cineplex announced its plans to open a 4DX auditorium at the Chinook Centre. The first of these theatres opened in Toronto in 2016, this will be the second in Canada. The timing of the theatre will be announced in the coming weeks according to Cineplex. Sarah Van Lang speaks for Cineplex and she’s promising a full sensory experience. “They’re sitting in a chair that moves in concert with the action on the big screen and then there are all these other atmospheric effects going on around you — so there’s snow, there’s rain, there’s mist, there’s fog. If the mood strikes, there’s sometimes bubbles,” she said. Cineplex’s long term plan is to open up 13 4D theatres across Canada within the next few years. Stay tuned for an epic movie watching experience.