An engagement story for the books. 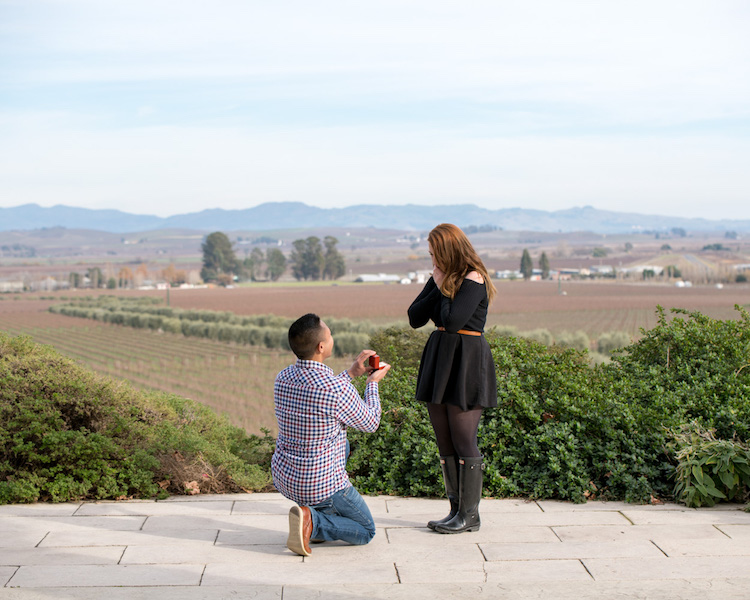 “It all started on July 9, 2016 inside the Cowboys Tent during the Calgary Stampede.” Usually, a story with a beginning like that wouldn’t end well; we’ve all been in the Cowboys Tent at one point or another making bad decisions and drinking one too many beers. But this story is different for Edward and Gabby, this is a love story that started at the Stampede.

As the night was drawing to a close, Edward did one last lap around the bar and it was love at first sight. Now you may think this as your typical pick-up at Cowboys, but we assure you not, this one’s for the record books.

Romeo and Juliet, Prince William and Kate Middleton, Bey and Jay. We can’t get enough of a good love story, especially when we helped make it happen. Okay, we can’t take all the credit but our hearts are bursting with joy for the two lovebirds, Gabby and Edward who were the winners of our Paris Jewellers Campaign. If you missed it, we gave away an engagement ring from Paris Jewellers to one lucky man who made our hearts melt with his love story.

After we heard the proposal happened, just like any girl would, we had to know the whole story. We had heard Edward’s side of the story from the contest, but we wanted to hear it from Gabby’s side. Let’s just say, it’s one of the most romantic love stories we’ve ever heard. 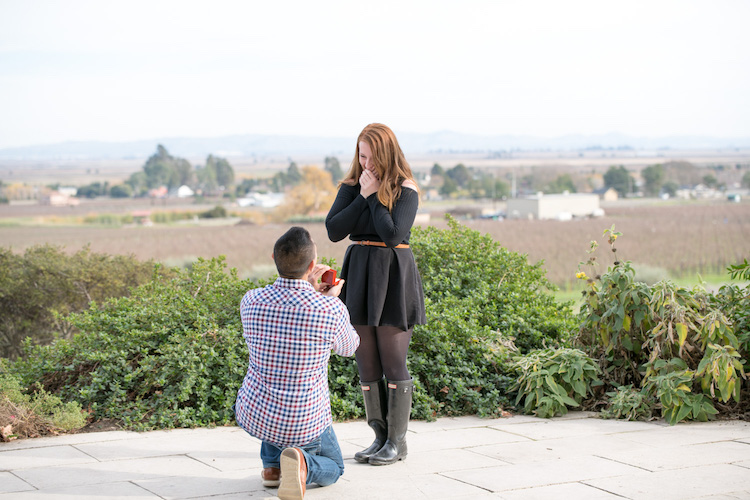 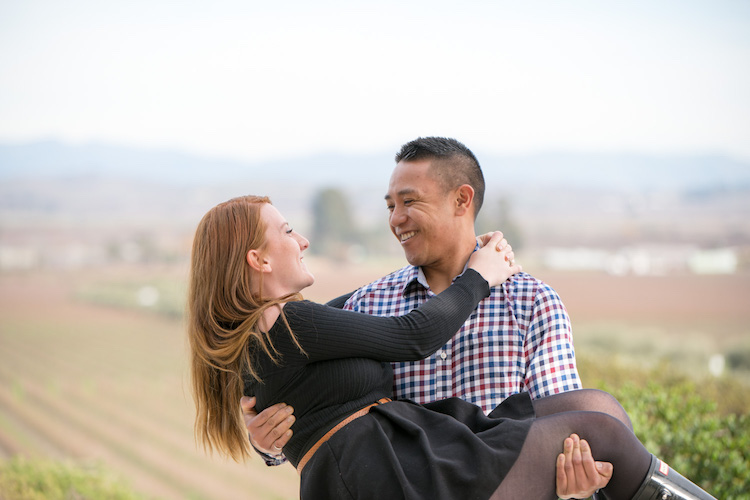 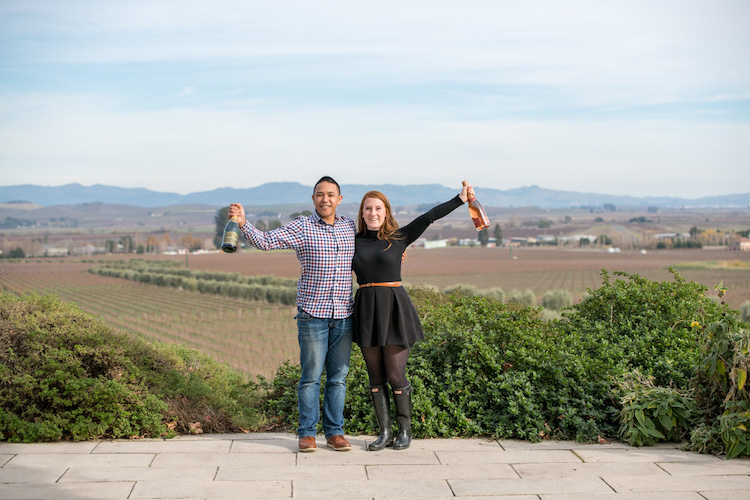 How did you meet?

We met at the Cowboys’ tent during Stampede. Me and a few of my friends were out dancing and having a couple drinks and talking about leaving. “We’ll have just one more drink and go to the other side of the tent” where we hadn’t been. In one minute, Edward came over and asked my friend to dance, who was horrible at dancing. So she pushed him to me instead. He liked the Oilers so that was pretty terrible, but it made for good banter the whole night. After the second date, we started seeing each other every day.

Tell us about your first date together?

Our first date was July 20, shortly after our Stampede encounter. We went for drinks and bowling at National on 10th. He took me to a lookout I had never been to before, even though I’m a sworn Calgarian expert. Towards the end of the night, he took me to watch the Grandstand fireworks up Spiller Road.

“It was there I had the courage to hold her hand for the first time, and to this day we haven’t let go.”

Tell us the proposal details.

The whole proposal and engagement goes back to when my parents were young and in their 20s. The first winery they went together was in California. When we went to Sonoma, we decided to go to the same winery they went to – we wanted to check it out.

When we went back to Cali for the second year in a row, we thought we couldn’t not go back to the winery. Last year, we took photos out on the balcony with wine bottles, just being goofy and this year we wanted to take the same photos, but it was so busy this year I was worried about taking the photos. But Edward talked to the waitress who took us behind the winery for a spot to take photos; she took us over past a sign that said “employees only.”

I thought it was my idea, going over to a different spot to take the photos. When we reached the spot, there was a guy there doing work and I didn’t want to interrupt him so I tried to make it quick.

Edward and I have this inside joke where he always says “What does the olive say to the ground?” “I’m olive the ground.” I hate that joke. But back to Sonoma, he was throwing olives at me, being goofy saying “what does the olive say to the ground?” As he’s throwing olives at me, he got down on one knee. The guy that I thought was working starting taking photos as I started Kim Kardashian ugly crying, full on balling. After I said yes, he said, “You know that contest you made me enter, well we won.” And then the water works started again.

We haven’t booked a day but we know we would like to get married in May 2019.

What are the top three things you love about Edward? 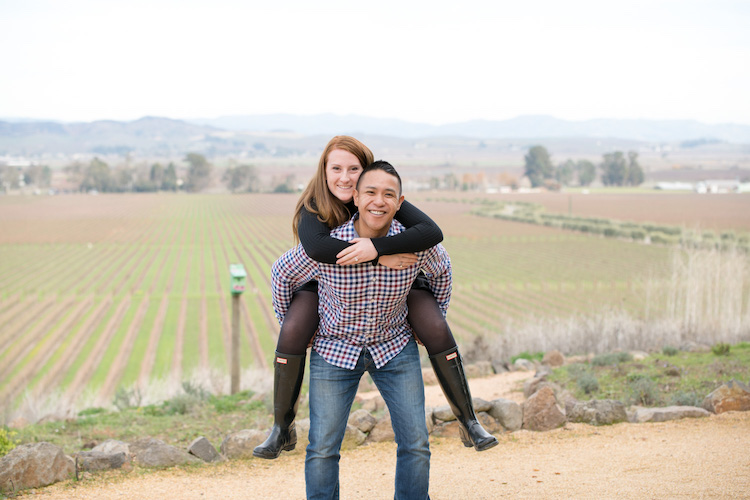 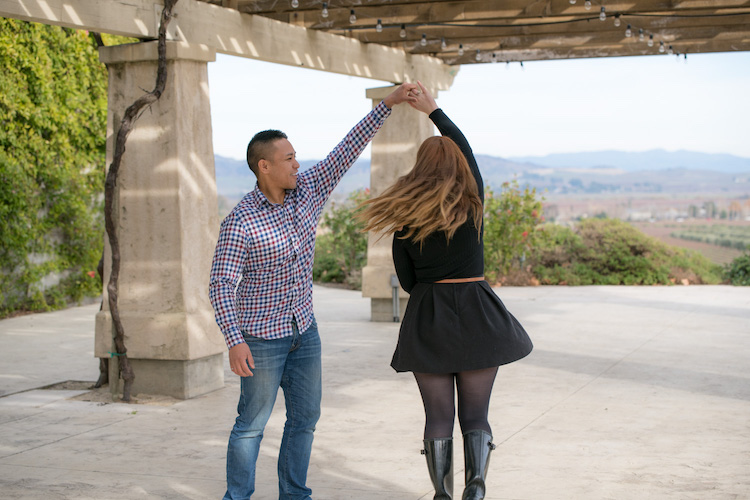 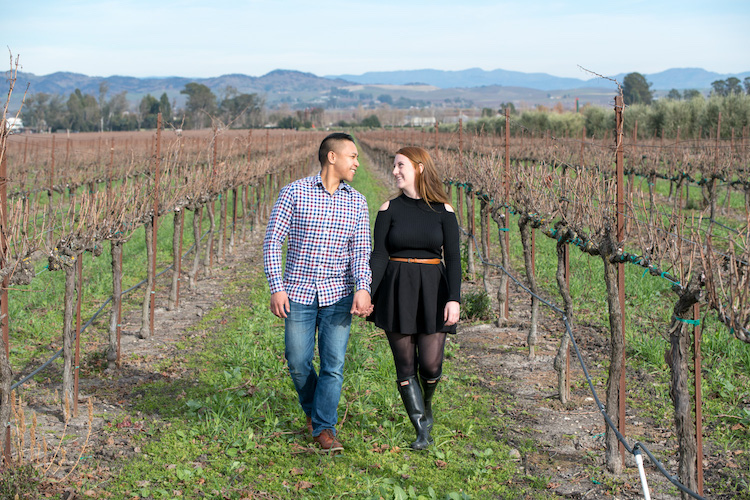 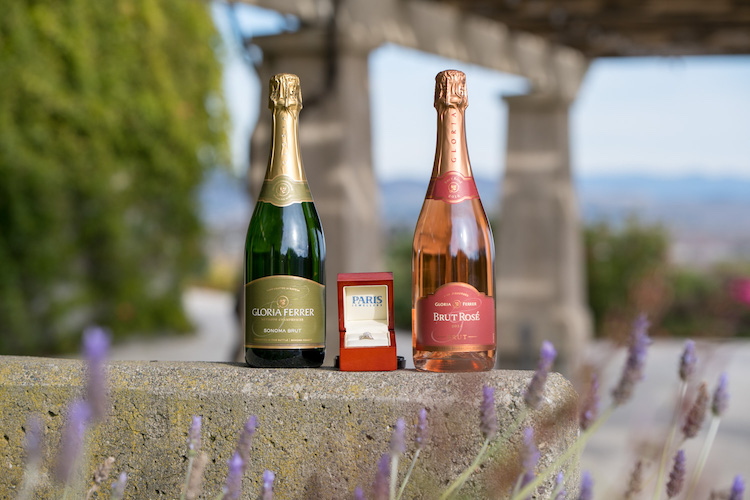 It’s Date Night’s mission has always been to make relationships better. Since 2013, we’ve done that through creating experiences and helping Calgary go on better dates. We are so proud and excited to share that we have now helped a couple say YES to their next chapter of love. Thank you Paris Jewellers for the bling and thank you Edward and Gabby for sharing this life moment with us. From all of us at It’s Date Night, we wish you nothing but happiness and of course, a lifetime of great dates.