Let us introduce you to Andrew Derk and the London Nog.

You’re looking for a classic, sophisticated, yet cool place to settle in for the night. Somewhere with a noteworthy cocktail list, that will have you and your girls intrigued to try more than one. Head to the Simmons building in East Village, snag a table at charbar and Sip On This.

Your waitress will interrupt your already non-stop flow of catching up to ask you for your drink order. If you look over at the bar, Andrew Derk will be there, working away at crafting unique libations for the bar. If you ask what he recommends, you’ll be treated to two tasty cocktails, the London Nog and Wildflower Sour (a weekly special). 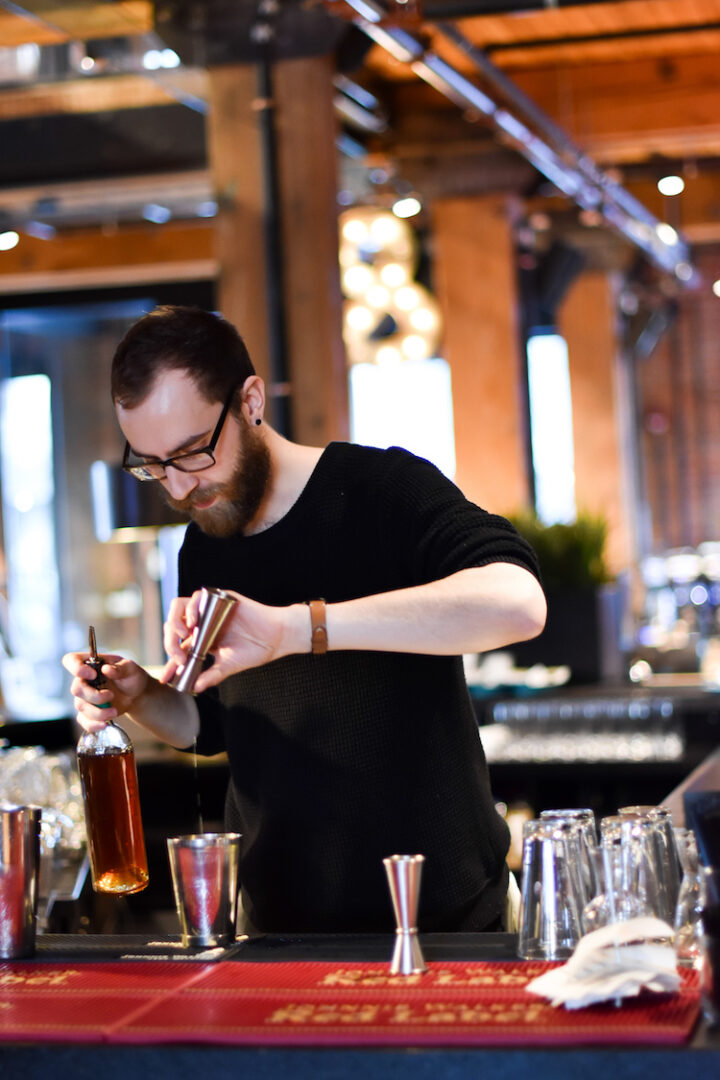 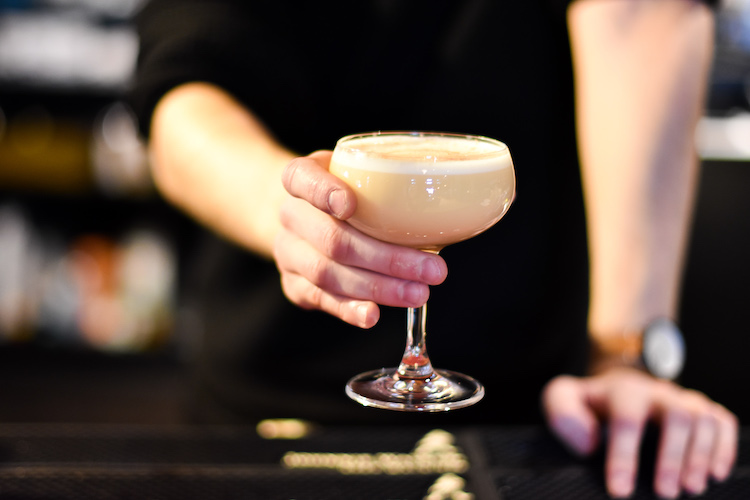 For our Sip On This series, we sat down with this rock star bartender to get to know him, his bar and why people should add charbar to their list of go-to spots.

Andrew Derk is a charbar OG – he started bartending when the space opened back in 2015. He started bartending back in uni at Mount Royal when he realized working behind the bar would be a lot more fun than bagging groceries at Safeway. During the summers he would bartend at random bars and clubs but didn’t enjoy it as much as working with his buddies on campus. Leaving The Hub, he started working at charbar with no prior cocktail knowledge. His current bartender status came from the other managers.

Working behind the bar is so much more than just serving drinks. Andrew’s favourite part of the job is the creativity, physical and social aspect. “You get to meet and talk to people, get to know the locals that are here all the time.” Every night is something a little different when patrons are looking for a unique cocktail that Andrew gets to concoct. He’s all about taking a challenge but at the end of the day, “I really like the classics. I make a mean old fashioned, martini, Manhatten. They are such old, solid recipes that you get dialed in and can perfect them.”

“We have one drink that was on a previous menu that I notoriously hated making. It was cucumber, sage, and lemon and lime and champagne; just too much going on. I dreaded when people would order it.”

As expected at any bar, there have been a few characters warm a bar stool every now and then. The people of East Village can be an interesting group, especially when there are a few drinks flowing. Remember the balloon guy? The one that went flying over Calgary with balloons tied to a lawn chair? He used to hang around charbar all the time. As people recognized him, there was a general reaction: “Oh shit, that’s the guy.” Over a few drinks, he shared his next mission: heading to space with his balloon chair. 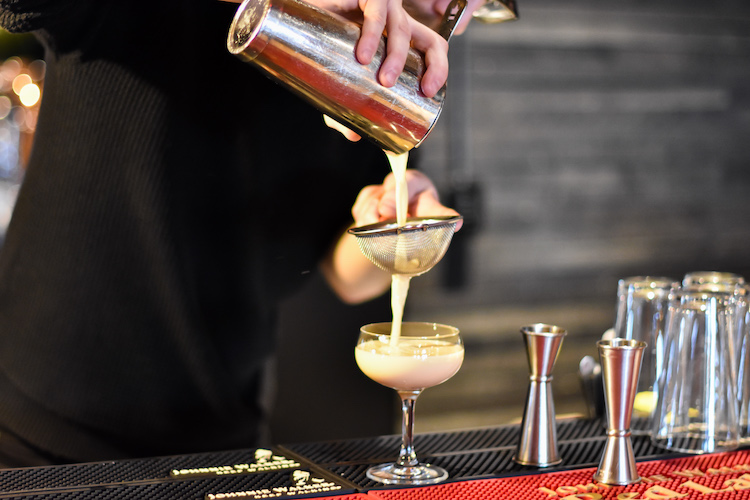 “We made all these tea syrups. We wanted to do a London fog – tea and vanilla cocktail. It was right in time for Christmas so we added the eggnog to make it wintery. We were trying to take those two ideas and putting them together.”

If that doesn’t sound like the perfect evening cocktail, we don’t know what does. If you haven’t been to charbar, you need to get your squad down to East Village. They do a great job with their cocktails. “We try to do different and unique but still keep it approachable. There’s no squid ink or anything crazy that will scare people off.” 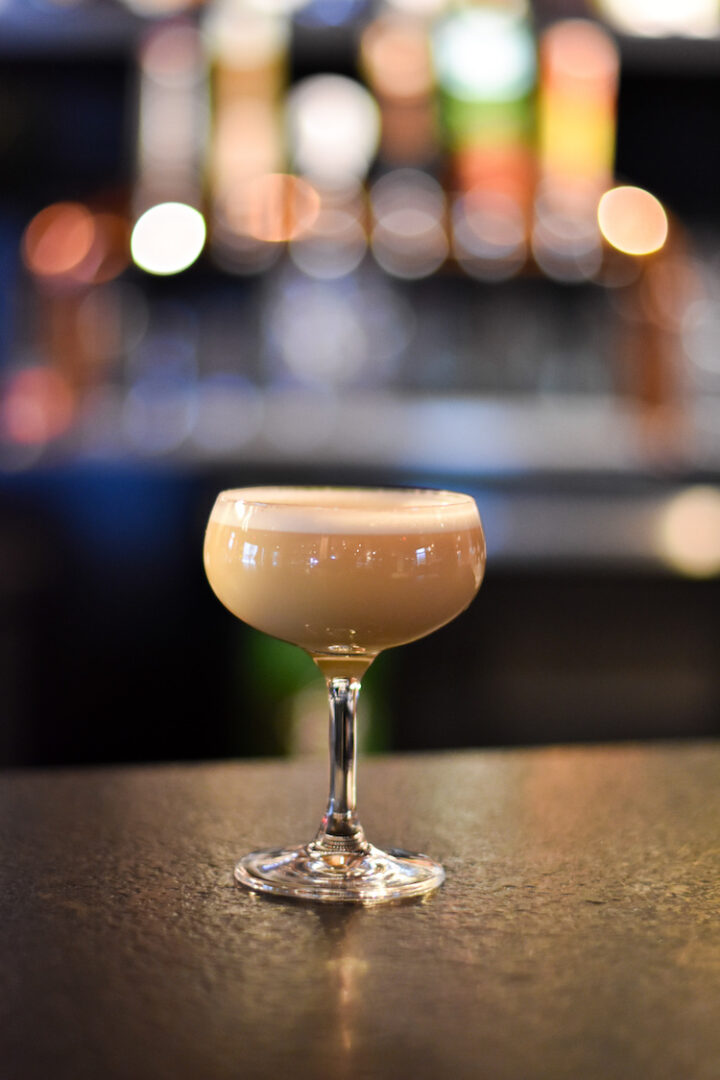 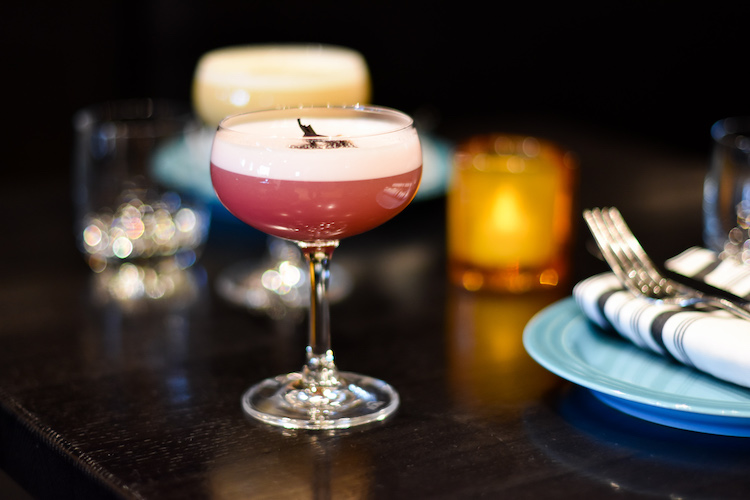 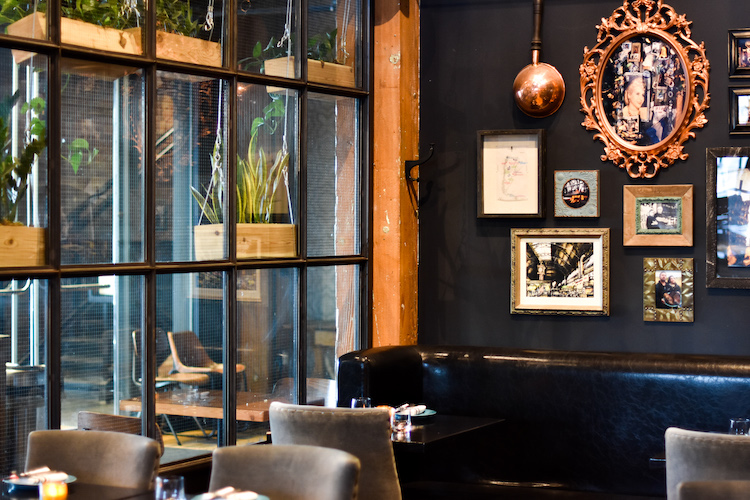 They’ve also started making their cocktails vegan. You can now order any cocktail that has egg white in it and get it made with Aquafaba, a word that means bean water in Spanish. Chickpea water is used to create the same foam texture that egg whites achieve. Creating vegan options are more approachable plus the Aquafaba has a better mouth feel and doesn’t smell. charbar is just switching things up from the old school way of doing things, and we’re digging it.

Stop by charbar this weekend to sip on a London nog or ask for the Wildflower Sour weekly feature.