The Art of Giving Thoughtful Gifts

Coming up with the perfect gift can be challenging.

I have a friend who is an expert gift giver. With every special occasion that passes, she manages to bring tears to my eyes with the meaningful gifts she gives. For my past birthday, she gave me a Swarovski crystal pen, custom engraved with the name of my business, in the same shade of magenta as my company’s website and branding. I didn’t ask for a pen. In fact, I didn’t even think I needed a new pen. Yet, I was blown away with the planning and personalization she had put into the gift. I now use the pen every single day, never forgetting to put it in my purse when I leave the house. With every pen stroke, I am reminded of my friend and her thoughtfulness.

With Valentine’s Day quickly approaching, gifts are top of mind for many people wanting to get the perfect thing for their special someone. Coming up with the perfect gift can be challenging. It’s easy to default to a bottle of wine, a bouquet of flowers, or piece of clothing. A gift that is well thought through is always more meaningful to the recipient. Taking inspiration from my aforementioned friend, I realize that the art of giving thoughtful gifts lies in anticipating exactly what the recipient wants without them directly asking for it, or perhaps even realizing that they want it. 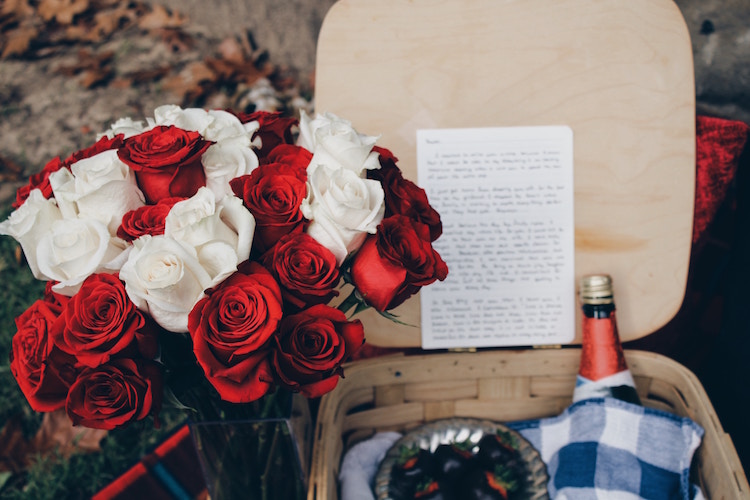 With this in mind, I surveyed friends and strangers alike, and asked: What’s the most thoughtful gift you’ve ever received? From the handmade to the hilarious to the heartwarming, here’s what they had to say:

“I lost my childhood teddy bear when I was a teenager and I had explained to my boyfriend how much that bear meant to me. He had only seen a few pictures of it, and he somehow made a perfect replica of it and gave it to me for my birthday. Best gift ever!” – Jill

“My boyfriend made me a fairy door from materials he collected while he was on a trip out East at his family cabin! On that trip, he also collected a bunch of sea glass for me to use for future crafts. I loved it!” – Chelsey

“My grandma made a painting for me, replicated from a photograph of her and I skiing at the Three Sisters when I was a kid. It meant the world to me… It turns out the photograph was actually of her and my brother, but we don’t have the heart to tell her the truth.” – Tegan

“An old love mailed me a box full of a thousand folded cranes. She sent them to me all the way from Korea. I made strings of them and hung them all over my bedroom. When we eventually broke up and she married someone else, I took them to the Kensington bridge and threw (almost) all of them into the river and watched them float away. I still have a few of them to this day.” – Alex

“Up until a couple Christmases ago, my sister and I would just get each other pretty generic stuff. But then, my sister got me a framed llama photo out of the blue. It felt particularly special because we always share hilarious llama videos with each other, and she knows I love llamas. She ordered the print from Etsy and got it framed. I’m sure it didn’t cost much but this was so thoughtful and unexpected. I love it. It hangs in my bedroom beside a framed photo of the Queen of England when she was 20 years old.” – Travis

“My boyfriend once made me a Valentine’s Day card that was a big, tacky, red foam heart. When I opened it, it had a pocket that was full of hand-rolled joints… And he doesn’t even smoke weed! I can roll my own joints, but I hate doing it. Best present from him ever, by far.” – Claire

“For our second anniversary, my wife got me a number of gifts that all had something to do with two years. For example: Two hockey tickets, a Lego set that was 104 pieces (for the number of weeks we had been dating), 730 Skittles that she counted by hand (for the number of days we had been dating, and so on. Then, for my 30th birthday she had me open 30 gifts with the final gift being a flight to Vegas, that was leaving for in 6 hours!” – Tyler

“My mom gave me a mirror that was in the house I grew up in before my parents got divorced. It was beautiful and made of stained glass. It was in really bad shape: The wood was all cracked and it just needed some love. My boyfriend snuck it up to his dad’s garage and totally refinished it. Now it looks beautiful!” – Claire

“My girlfriend wrote and recorded a song about me. She played it for me on Christmas… It made me happy-cry.” – Bennett

“A few years ago, a friend of mine moved across the country. Before she left, she gave me her old, retro bicycle that she knew I had always admired. The only problem was the brakes were broken and it needed some other work done to clean it up. I stored the bike in my parents’ garage over the winter, planning to take it to a bike shop to be fixed up the following spring. On Christmas, my dad brought out the bike with a big red bow on it. It looked almost brand new! He had spent weeks fixing it up himself. I ride that bike all the time now. It reminds me of such sweet gestures from both my friend who gave it to me and my dad.” – Kelsey

“My mom gave me her engagement ring from 26 years ago, had it engraved with the words, “‘Follow your heart.’” – Krista