If you’re like me, I’m sure you’ve heard all about your parents dating lives. It was all about blind dates, long talks on the phone and romantic dinners. They are constantly criticizing this generation on how we ‘don’t get out and do enough things’ or we don’t ‘talk to other people enough.’ “How are you ever going to meet someone if you don’t leave the house?” was a common question in my house. It’s true, we are living in a different world today due to technological advances but it still has some advantages. We keep in contact with people much easier through email, we constantly stay up-to-date on our friends’ lives through text and we can easily share our whereabouts with photo apps like Snapchat and Instagram.

When it comes to dating, technology has changed the whole game. Dating is already tough enough, but now with a quick swipe to the right, you’re knocked off the list of potentials.  You don’t even have to see someone’s face IRL before you quickly say no. Pretty sure our parents didn’t have to deal with that when they were dating. 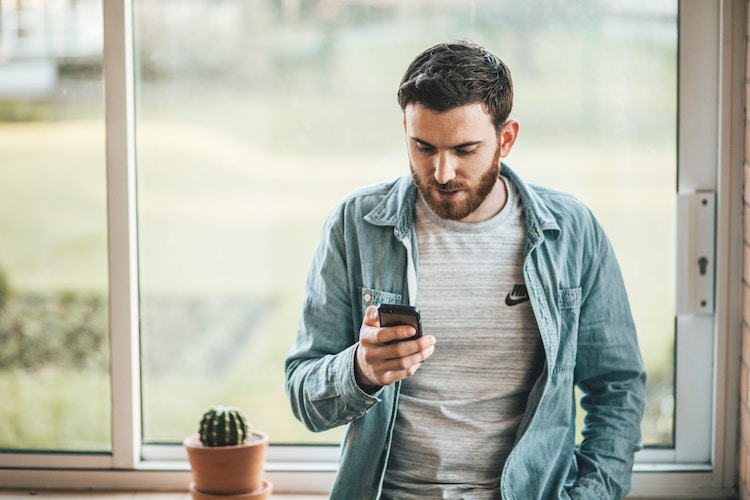 Waiting for the Text Back

It’s 10pm on a Thursday and you’re texting your crush about the weekend. You ask him what his plans are and he still hasn’t replied. Instantly your mind starts jumping to conclusions: Why hasn’t he texted me back? Is he busy? Or does he not want to talk to me? Maybe he has plans with another girl so he’s going to ignore me. Maybe he fell asleep. Why do I even care? Maybe I should go to sleep? But what if he texts back? Just text us back, ok?!@?#!!@

You meet a cute boy at the bar, what’s the next thing you do? Don’t lie, we all know that the next morning (well actually week) is spent going through his Facebook profile, creeping his friends, scrolling through Instagram followers and finding out where he vacations in the summer. Before you ever go on a real date with him, you already know where he went to school, he plays hockey and that he just went to his great Grandma’s 94th birthday. More often that not, your build up of him in your mind is way off from what he’s actually like in real life. Funny how that works eh?

Gone are the days where you can avoid meeting up with someone because you lie about where you are. If you were unaware of this Snapchat feature, PAY ATTENTION. If you have location services turned on, all of your Snapchat friends can see where you are at all times. Snap Map is similar to Find Your Friends or sharing your location on Google maps. Simply open Snapchat and make a pinching motion on the main camera screen. This will take you to a map of the world so you can see exactly where all of your friends are at that moment. “But I thought you said you had to stay in tonight because you weren’t feeling well?” Hah, never a valid excuse again.

Now texting was one thing, but emoticons have added a whole new level to online chatting. Look at these 3 texts, each with exactly the same words, but with different emojis:

Because of the emoticon, each text now has a different connotation than the other. Sometimes a text appears innocent and friendly until you add a heart or winking face to it. Time and effort goes into crafting that perfect invitation to your crush or that deadly response to your former boyfriend.

Dating struggles in 2018 – no it isn’t all peaches and cream being a millennial. We might try to avoid phone calls like the plague but there the struggles are real when it comes to dating. They just happen to be different than our parents.