Thinking About Quitting Your Job to Travel the World?

Learn from this Local Calgarian Traveller.

Let’s be honest: who hasn’t dreamt of quitting their job and jumping on an airplane? This is a dream for many, but most will never experience it due to a number of fears, such as money, career outlook, future goals and several other factors we’ve told ourselves that we need to live a successful life. However, one gentleman has ignored all those social pressures and chosen to take his happiness into his own hands. 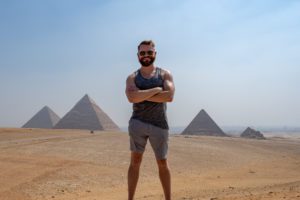 Corey van der Lann, a 35-year-old Calgarian, knew it was time for a change. After attending the University of Calgary for computer science, followed by an MBA at the Haskayne School of Business, Corey worked in IT for 12 years. He took a job in Vancouver, making the difficult transition to a new city after growing up in Calgary. With nothing holding him back, like a mortgage, family or job that he loved, Corey asked himself, “why not just go travel?”

This is an easy thing to say, but a seemingly impossible thing to do. So, what was Corey’s plan? Around the world in 400 days: 6 continents, 50 countries, 200 cities and 20 Contiki tours back-to-back. Yep, you could say that’s a change of pace all right. Corey travelled with Contiki back in 2011 and had an amazing time. They kept popping up throughout his research on how he could travel the world. Once he committed to this plan, Corey started saving money to fuel his adventure of a lifetime. He left his job, sold most of his possessions and packed his life into two bags to travel the globe and experience the world. With a budget of $75,000, Corey was ready for a year of unforgettable experiences with Contiki. 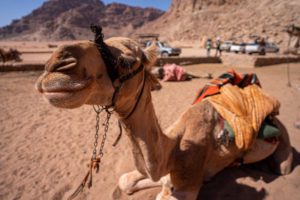 Sounds easy right? If it was, more people would be doing it. So, what common excuses are holding you back from travelling?

Perhaps you’re thinking, “that’s too much money to spend on travelling.” Corey knows this is a lot of money to spend in a year, but “if I’m saving it for retirement, by the time I get [there], I might not be able 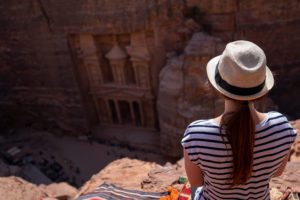 to enjoy it as much as I could now.” You can also choose to travel for as long as you want: a week, a month, a year, forever? Maybe you don’t want to spend all your savings on a trip, but there are ways you can make money while you travel. Explore avenues that would pay while you are on the road, like being a travel reviewer, vlogger, writer or influencer to help monetize your trip.

Maybe you think that travelling isn’t for you; after the first few times Corey travelled, he didn’t think so either. Corey started travelling later in life, embarking on trips with his best friend in 2003 and 2011, fighting constantly throughout both. He realized that maybe the problem was travelling with people he knew. The following year, Corey challenged himself to go on a solo trip to Africa. This experience changed his world; “I remember Day 1 being like, this is incredible. I never want to leave this,” said van der Laan. Contiki is a great option for solo travellers because you’re not really alone. You’ll get to travel while meeting new lifelong friends who have similar interests and travel goals.

So now you’re thinking, “I don’t know if it’s the right time for me to travel.” In all honesty, there’s never a good time to pack up and leave everything. There are always going to be events you’ll miss and opportu 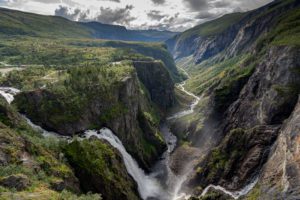 nities that will pass, but there will be more events and opportunities when you get back! “Part of me feels like I’m making up for lost time now. I squandered my 20s; when I had the time to travel, I chose to work instead,” says Corey. Whether you’re 18, 25, 30 or 35, Contiki has tours that suit a range of ages and interests so that you too can experience the world the way Corey is right now.

There will always be a million reasons you shouldn’t travel. We’re not saying you have to quit your job and spend your life savings immediately as Corey did (but if you want to, go for it!). However, if travel is something that intrigues you, don’t put it off forever. Experience the world when you have the time, the energy and few responsibilities tying you down.

If we haven’t convinced you yet, check out Corey’s unforgettable experiences on his YouTube channel. You’ll find weekly episodes live from where he’s at, whether that’s Sweden, Norway, Venice or Mykonos, and be inspired for all you need to start planning your next trip abroad. 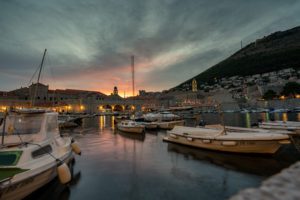